Should My Computer Upgrade To Windows 10

You’ve seen the pop-ups every day. You’re working away on your favorite application on your trusted Windows 7 or Windows 8 computer when the alert leaps out, telling you, urging you, imploring you to bite the bullet and upgrade to Windows 10. 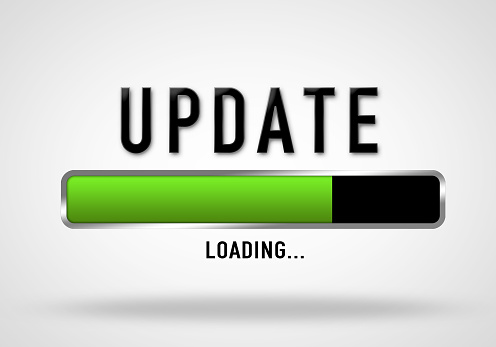 You’re not sure. Your trusted operating system is stable. It hasn’t let you down. It’s familiar with it, having used it for years. Should you really just toss it aside for the bright, shiny new Microsoft like an old friend? What to do!

Below are 10 reasons, 5 in favor of an upgrade and 5 against making the leap. While this won’t tell you definitively which way to go, it collects the best arguments on both sides.

Windows 10 is free to install, but only for a little while longer. Until July 29, 2016, Windows 10 is a free upgrade on devices running either Windows 8.1 Update or Windows 7 Service Pack 1. After that, if you decide to upgrade (or need to upgrade), there will be a charge.

When computing memory space matters, Windows 10 is ideal. Using a better compression algorithm, Windows 10 has a much smaller installation size, 1.5 GB to 2.6 GB, depending on the installed version. Microsoft is encouraging users, most of whom have the CPU space to spare for compression, to bite the bullet. In the end, you’ll end up with more storage space on your hard drive.

Cortana is Windows 10’s virtual assistant. While Cortana will not pick up your dry cleaning, it’s Windows all-in attempt at bringing voice-activated commands to the desktop PC. While it’s been rolled out on Windows Phone in the past, this is Windows first foray to the desk-bound computer.

Windows 8’s Start screen is generally considered to have been unsuccessful. However, with Windows 10, Microsoft has rethought the design. Essentially, the Windows 10 Start combines the Start screen and Start menu functions in one place. The new Start function is customizable and resizable, making it effective in both tablet and desktop modes.

With the settings feature, the weighty, clunky Control Panel is a thing of the past. Settings is more prominently displayed and easy to use.

For many users, privacy continues to be a major barrier. Cortana looks under the hood to check email and calendar items, though Microsoft is up front about why it is collecting this data. There are ways around it, but for some users, the privacy concerns make Windows 10 a non-starter.

One of the top drivers for Windows 10 is its ability to work on touch-enabled devices, such as the Microsoft Surface, which doubles as desktop and tablet. Some traditionalists prefer their menus and icons accessed via the good old mouse, and while Windows 10 lets you do so, it’s designed for tactile usage.

There’s been a lot of hoopla about the number of apps available in the Microsoft Store but to date the pickings are rather slim. If you like to load up on the latest widgets, you might be waiting awhile.

Windows 10 says goodbye to the Windows Media Center. It’s not there … and if you upgrade and then roll back to Windows 7, it doesn’t come back. There are other apps available to play DVDs and ways to hack the system, but why go to all that trouble?

Windows 7 and Windows 8 seem to work perfectly fine. Why change?

There’s no right or wrong answer, but the reasons on both sides highlight the deeply personal preferences of Windows users.